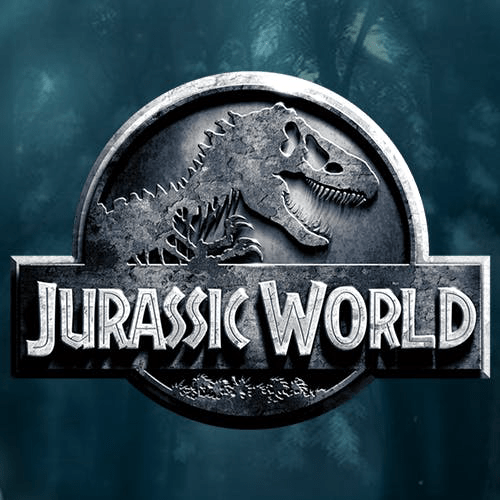 Enter into a different time and an unknown world with Jurassic World by Microgaming. Designed and marketed in collaboration with Universal Pictures, this 5-reel and 243-paylines slot game puts players face-to-face with dinosaurs that once roamed the planet. Playable across multiple devices, this slot game puts you in the middle of a dinosaur rampage while spinning for the prizes and the jackpots. When you play for real money, you can take advantage of a special feature that can randomly boost your winnings and a jackpot worth 102,000.

Jurassic World is one of the popular branded slot games from Microgaming that has been designed in collaboration with entertainment companies. In this slot game, Microgaming takes inspiration from the Jurassic World movie to provide an exciting slot experience. As a game inspired by the Jurassic Park movie series, this slot game incorporates the lead characters of the game and different species of dinosaurs. They are displayed on a 3 by 5 playing grid complete with engaging music playing in the background. Aside from its movie-like visuals, Jurassic World boasts a number of innovating bonus features that can bring in the prizes. When you play for real money, you will encounter wilds, scatters, 3 types of free spins bonus, and the Indominus feature.

The Jurassic World logo acts as the wild symbol of this Microgaming slot and it also substitutes for other in-game symbols except for the scatters. During the game, the wilds are stacked up to 10 high and collecting 5 wilds will give you 60.00 credits when playing the maximum bet.

The scatters are high-paying symbols in the game and will deliver up to 720.00 credits if you can land at least 5 symbols on the reels. The scatter wins are multiplied by the total number of wager made. During the base game, 2 scatters can turn into the wild. And during the Raptor Den feature, up to 7 scatters can occur.

Gyrosphere Valley. This comes with 10 free spins and best known as the Multiplier Trail. Here, the multiplier increases in every non-winning spin.

Creation Lab. This comes with 10 free spins and best known as the Rolling Reels. Once you create a winning combination, the winning symbols are taken off the grid to make way for new symbols. Cryo Wilds will also appear and they will remain for 3 wins.

Raptor Den. This comes with 10 free spins and best known as the Wild Scatters. During this bonus feature, all of the scatters can become wild symbols.

Just like the movie where it’s based, Jurassic World is filled with surprises and a lot of action. If luck is in your side, the jackpots will start to arrive during the base game courtesy of the Indominus Rex feature which is worth 1,000 times the stake made. But the biggest jackpot of this slot game is 102,000 which you can unlock during the free spins bonus round.

Just like other recent slot releases from Microgaming, Jurassic World slot game is also playable on across devices. You can play the game anywhere on your phone that runs on iOS, Android, and Windows operating systems.

Microgaming has established its reputation as the leader when it comes to branded slots. And this is clearly shown in Jurassic World slot, a fun game based on the Jurassic Park movie from Universal Studios. This slot game is not just about the visuals and graphics; this Microgaming slot production is best known for its exciting set of features that include wilds, scatters, free spins, and the Indominus Rex feature that offers up to 1,000 times your bet. In short, this is a successful adaptation of the popular Hollywood movie and one slot game enthusiastically recommended by Gamble Genie.