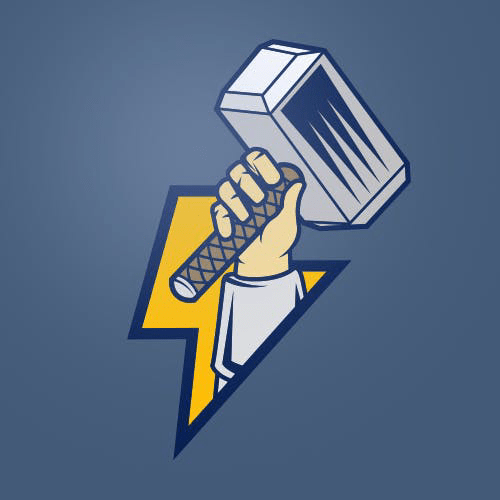 Expect a more thrilling take on the Norse mythology with Thunderstruck II by Microgaming. Designed as a follow-up to the original Thunderstruck slot, Thunderstruck II is even more epic, visually-stunning, and action-packed as Thor, the God of Thunder, returns on the reels. Joining Thor on this electrifying slot journey are Odin and his brother Loki with the Valkyrie. Together, they protect the treasures not just of Valhalla but of the reels as well. In this 5-reel and 243 ways to win the game you will play a number of adventurous features which include free spins, Wild Storm feature, and a chance to play for 2,400,000-coin jackpot.

Following the success of the first Thunderstruck, Microgaming is back with Thunderstruck II which is more epic and boasts more fantastic features. In the 3 by 5 playing grid, symbols and imagery inspired by the Norse mythology are shown which can also lead players to the prizes. The Norse Gods are back and they are represented in color and they are joined by the Valhalla, Viking ships, and suits from a deck of cards. The color scheme used is a bit dark and moody with a piece of ethereal music playing in the background. The epic adventure starts as soon as the special symbols unlock the free spins and the other in-game features.

This is represented by the Thunderstruck logo and can substitute for other symbols on the game except the scatters. All wins attributed to the use of the wilds are doubled.

Thor’s hammer, the Mjölnir, acts as the game’s scatter and will initiate the player’s entry into The Great Hall of Spins.

The Great Hall of Spins

This serves as a bonus round of Thunderstruck II and can be activated if players land 3, 4, or 5 scatters. Get multiple entries into this round to trigger a sequence of bonus features:

Valkyrie. This is played at the first trigger of the bonus and comes with 10 free spins and wins come with a x5 multiplier.

Loki. This is played on the 5th trigger of the bonus round and awards the players with 15 free spins. This also comes with the Wild Magic feature that appears on reel 3.

Odin. Available on the 10th trigger, the player can collect up to 20 free spins with Wild Raven feature.

Thor. Available on the 15th trigger, the player can collect up to 25 free spins with Rolling Reels. Earning consecutive wins will also give you x2, x3, x4, or even a x5 in-game multiplier.

Just like a thunderstorm, this can strike at random and can turn up to 5 reels wild.

Thunderstruck II from Microgaming offers prizes and features in epic proportions. On top of the instant wins and multipliers, the biggest prize to play for is 2,400,000 coins which can be earned by playing 243 ways.

This game is based in Flash and HTML5 which means that the graphics and visuals are rendered perfectly on any device that runs on iOS, Windows, and Android.

Microgaming has struck a winner once again with Thunderstruck II. Just like the original title, this follow-up to the hit slot game changed the slot-gaming landscape and offered players and enthusiasts with an exciting way to play slots. The grand atmosphere used in the game is enhanced by an ethereal soundtrack in the background and the use of colourful imagery inspired by the mythology. More importantly, players are rewarded with a long list of exciting features like The Great Halls of Spins and the Wild Storm feature that can fill up the screen with wilds. This is another epic adventure from Microgaming that is well-loved until today and a highly recommended title by Gamble Genie.